Gratitude for My First Job Revisted

I am at the main branch of the library still digesting lunch from Santa Café with Anne Valley-Fox and Stanley Noyes.

When I was longing for poetry in any form, volunteering at my kids' school, John Hyson in Chimayo, coolest place on earth to send out kids and presided over by Julia Hudson, I met these two folks. I had nothing published, or maybe a poem in the New LIfe News, the newspaper of the food co-op.

This is circa 1981. Stan Noyes was the literary person at New Mexico Arts Division where we had a wonderful and serious Poets in the Schools program where the real poets, including Arthur Sze, Harold Littlebird, Anne V-F, Jimmy Santiago Baca, John Brandi, Jim Sagel, Miriam Sagan, Judyth Hill, and I think Mei Mei Bressenbrugge all worked. They called it PITS. It paid something like $60 a day, and then $100. Big bucks for an artist beginning.

Each year fledgling me would apply to Stan and New Mexico Arts Division. Two years I got rejected, and kept on volunteering with John Hyson and the kids, made a book of their little Chimayo poems on copier and construction paper covers. By the third time I applied, Stan took me on, though I had little other experience than volunteering. I got work at two schools, Capshaw and Alameda Middle Schools and with my first income from poetry, put a down payment on a stove. It cost $500.

I am still working as a poet-in-the-schools through New Mexico Culturenet though I am happy passing it on to the young poets, the Slammers, the up and coming. The other poets from the above list of PITS poets in Stan's coterie have gone on to be life long poets, win major awards, work tirelessly with children, and two of us to be Santa Fe Poets Laureate, Arthur Sze and I.

We presented Stan with a Poetry Gratitude Award from New Mexico Literary Arts, a small and grassy roots tribe of which I am co-president of the Board. We wrote him an award check for $500. I think, no, I am sure it is the same $500 I originally got paid, circling and spiraling around above Santa Fe and the minds of children. Today Anne and I took Stan out to a nice lunch, my birthday lunch as well, and presented him with a plaque that spoke to our gratitude for what he gave the literary community. The plaque is handsome, by Cirrelda Bryan, and has a big THANKS. It is a way that we hope he remembers how much he has done for all of us, not to mention the countless school kids who got to work with the likes of John Brandi and Jimmy Baca and even me. His work is still rippling.

I told Stan a story about finding a poem written by an Alameda kid, Joe Ray Sandoval in about 1982 in David Gonzales' English class. I kept it as I did a few good poems. Joe Ray has gone on the be a performance poet and write the full length movie, Spoken Word. He didn't remember writing poetry in middle school, but I sent him a copy. Stan commented that it is very important to influence kids when they are young. Just hearing him say that took me back, dreamtime, to being at his home and being trained a bit in what works in the classroom.

I want to pass on what I know about teaching writing to kids. I want to pass on gratitude for when there was federal money in the arts, and to Stan Noyes, and to the poets who have kept on the sacred path of writing and giving. I have gratitude for Alex Traube who made his own PITS program, based on the old one which also employed him as a photographer, as well painters, dancers, potters, muralists, sculptors. It was called The Artist in Residence Program way back when.

All sorts of Gratitude, and Happy Birthday to me. Glad I got born and got to have this day.
JL for the PL
at 3:03 PM 3 comments:

Less Cool Every Day and Loving it 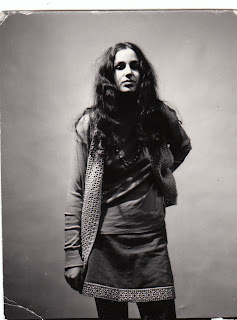 When my book, The Singing Bowl, got voted #3 in Best of Santa Fe issue of The Santa Fe Reporter it was cause for a small rejoice. I wondered who had voted for my poetry book, mentally thanked them, and rushed downtown on the day the Reporter came out to see the posting. Besides the award listing, they created an interesting continuum for some of the winners. It ranged from Less Cool to Uber Cool. Guess who was #1 on the uncool end of the spectrum? The same one who was called "Sir" in the Reporter office, the women who would be celebrating her Beatles Birthday, as in "When I'm Sixty-Four."

Now lizards are cool, snakes are cool. I am decidedly mammalian and less than. I am happy to be warm, and my three children and grandchildren are happy than I am less groovy and more grandmotherly. I once said that there was nothing unsexier on God's earth than to be in Safeway with a kid in the grocery cart seat and a bottle of prune juice in hand. Now I have proved myself wrong. There is one thing. Color it grandma. Even Poet Laureate mixed with Grandma is a challenge.

I am calling this year The Official Happiest Year of my Life. I think since it is in the past I won't get into trouble with the Evil Eye, that pernicious and omni-present ojo malo of Latin and Jewish cultures. It was last year, ojo malo, so don't think I don't know you're watching me and things are less perfect this fiscal. Honest. What with stocks, sticks and stones breaking my cool bones, the droughts and fires, and death hasn't stopped counting coup either. And remember, Santa Fe Reporter Staff, I was young once and if you're lucky, you will cool down gracefully.

So, in honor of my Big Beatles Birthday, another stab at happiness. Here is the poem I wrote.
I need you to snap fingers with a 4/4 time as you read it.


GOODY TWO SHOES TWO * A SONG LOOKING FOR A TUNE

I hitchhiked to Harvard Square
while my bug was in the shop
Marquis de Sade was there
against an Ivy League backdrop,

Now would you ever? Time passes
people move around a lot and end up west.

Other people were dancing rock and roll
I was peeling the bark from a Ponderosa Pine
I was giving birth in a three-room house
with no running water and a full moon bass line.

My mother was paying the bills, and soon
she’d be selling the shop. The photos
of movies stars would fall . All would
vanish from the Carlton House Hotel.

I said, Hey Lovey Dovey, yeah I said,
Hey, Lovey Dovey. We’ve been married these fast forty years
with our burgeoning bourgeois frames and our bank
roll in your back pocket.

I’d never do that, You know I’d never.

Bob Dylan was passing through but I never got
his name. Janis Joplin would soon be through
and nobody called her tame. I put on my goody two shoes
and stared out the window in flame.

I gave birth to you and you and you
and nobody called out my name. I was Mama
I was Joanie, I was Jane. I wore out
my Goody two shoes, I was wild and then I tamed.

You were tame and then you got wild.
Three times I handed you a child.
Just check it out, over here, all alone
It’s Paradise without a throne.

Six acres and my last good nerve
Patti Smith came back in a huff
I rolled up my shirt cuffs. I deposited notes
in the bank, gave myself a third chance.

The small coyote howled, the computer
ran out of ink. The latest was just a child
with a heart as deep as the sink.
I can’t stop finding the joy,

even when the meanings run out.
The evening was alive, it was evening’s turn
to shout. I won’t ever do this
I won’t ever…I said Hey Lovey Dovey, hey….