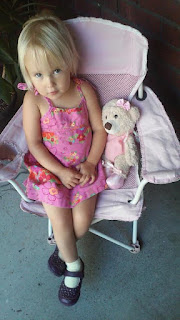 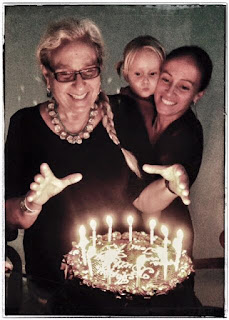 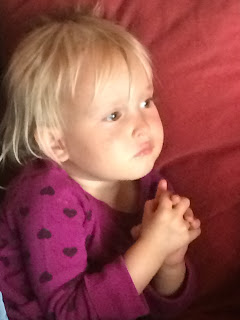 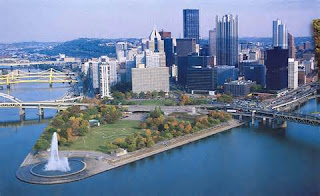 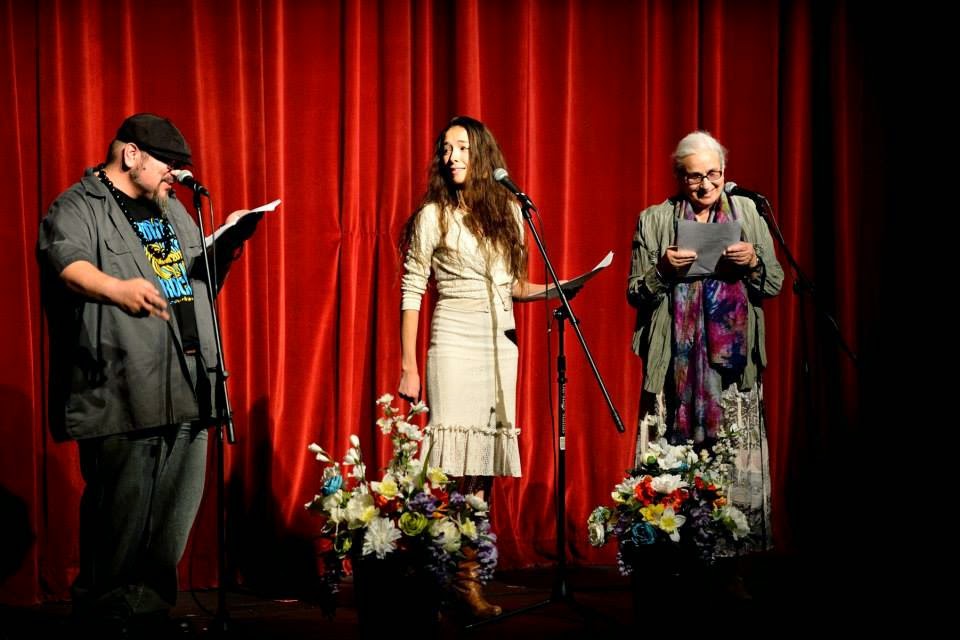 I have been home a week now and just finding my grounding.  I was able to work two weeks in Raton, NM, on the Colorado border, in Poetry Rocks!!  I was alongside two fabulous performance poets, Manuel Gonzales and Esmé Rodriguez-Vandragger, geniuses in inspiring high school students to write and perform their poetry. We met for two weeks with Raton High school students.

The other poets had been there for some years. It was my first year there.  Happily, the kids were open hearted and kind. Even two non-compliant senior guys ended up smiling at me.  I had a skate boarder who never participates, join into every class activity and show up as audience for the finale at the 100 year old Shuler Theater.  Classes stood up for informal group readings in the library Marathon.  I mean, besides the traffic ticket for not seeing a small blinking light while traveling about 20 mph, it went well.  Everything goes on your permanent record, not just moving violations,

It's hard to know if I am the right fit for the job. I had several people comment that I bring wisdom to the mix, but the other poets were not in short supply of Vitamin W.  I am grateful for the experience, and I am digesting it all.  The beautiful Cheyenne said it best, "I don't dance to impress, I dance to express..."  Raton moved me with its mountain beauty and students. I felt both impressed and expressed. Raton has a great swimming pool, friends Sharon and Chuck who cooked for me twice, and John Davidson who helped me get my head on straight for my departure. I also like the Asian Buffet where the three poets met to eat one night. Barbara Riley at Heart's Desire B & B couldn't have been kinder. And Page Gandy who will take over the program for next year with support from the indomitable Christina Boyce were super appreciative of my Vitamin W. 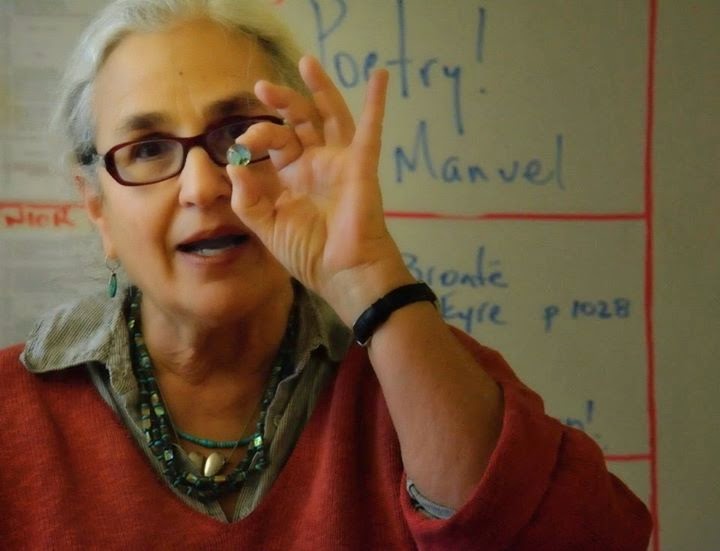 I don't know if having a non SLAM poet like me is a plus, but I did connect with entire classes and miss their sweet creative energies in early morning.  My mother won golf championships in her mid eighties, I told Brianna, a golf star.  My mother never gave up.  I would like to think I take after her, she who could light up a room.  But I know I also take after my father, a dark, kind person who could write a wonderful thank you note and read them to me often.  This is my thank you note to Raton, even the police officer who wrote me a ticket and unleashed an hour of tears, ones uncried about other issues, so my friend said he was a therapist. Thanks Tim and Christina who photographed all of us and made us look sparkly.  Page who, besides being a wonderful teacher, reassured me that my Vitamin WW, way with words, was an important ingredient.  I learned from the Buddhist, Bernie Glassman, how one uses the ingredients you have before you?  I think we mixed them up pretty well. 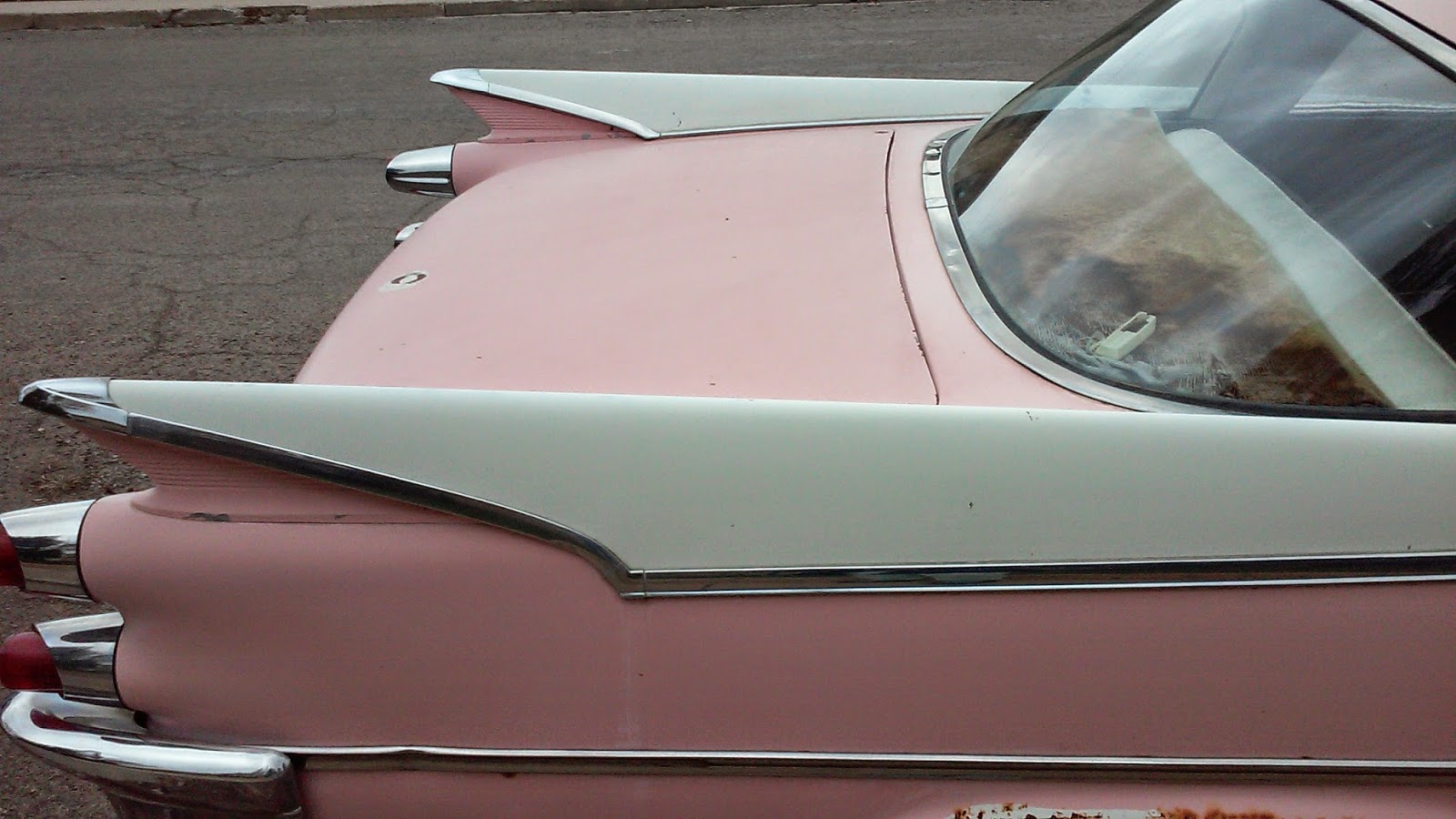 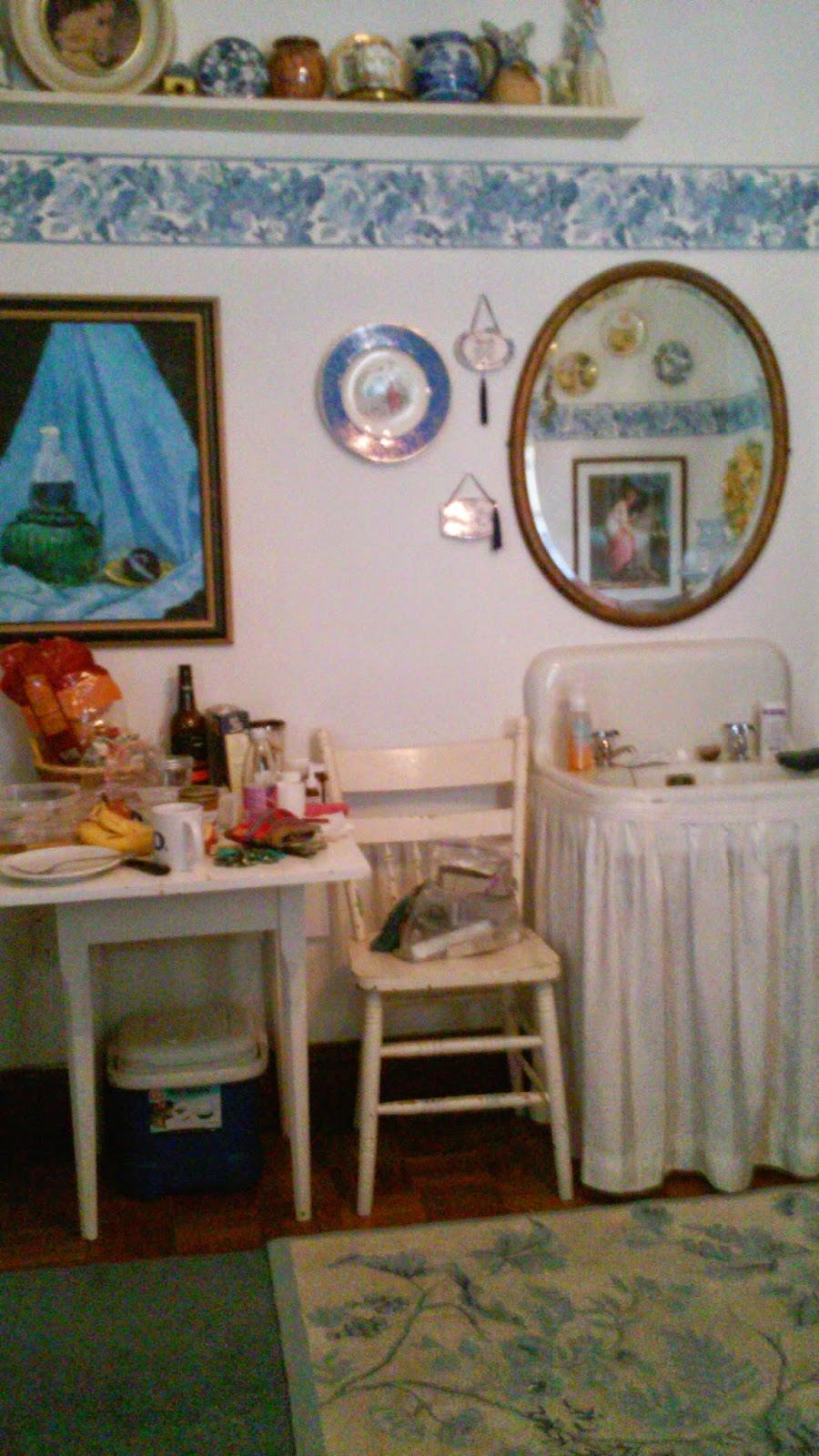 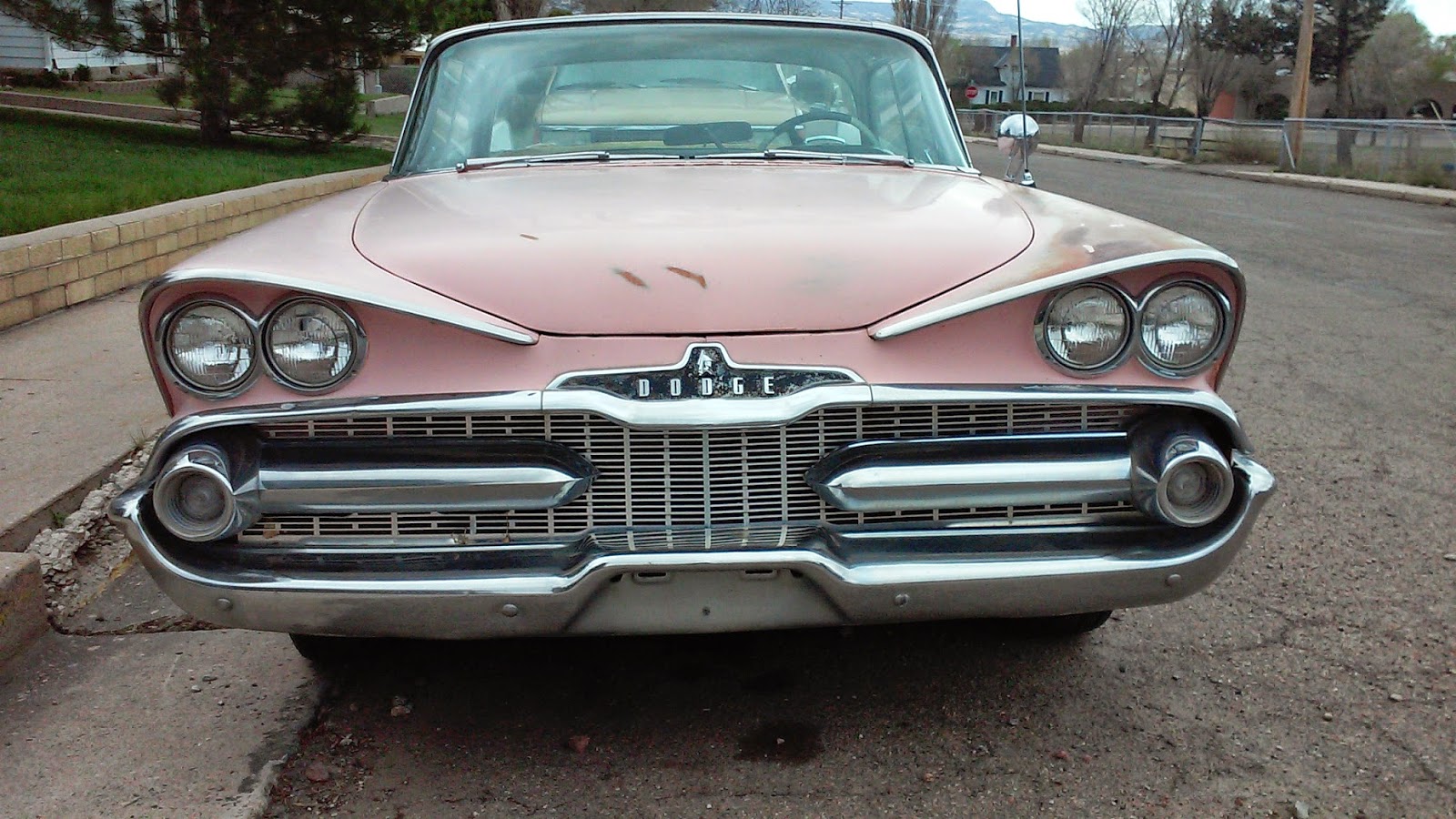 Thank you Raton. This is my room, the car I drove by every day, and the last picture is Esmé at her house after our final road trip home. 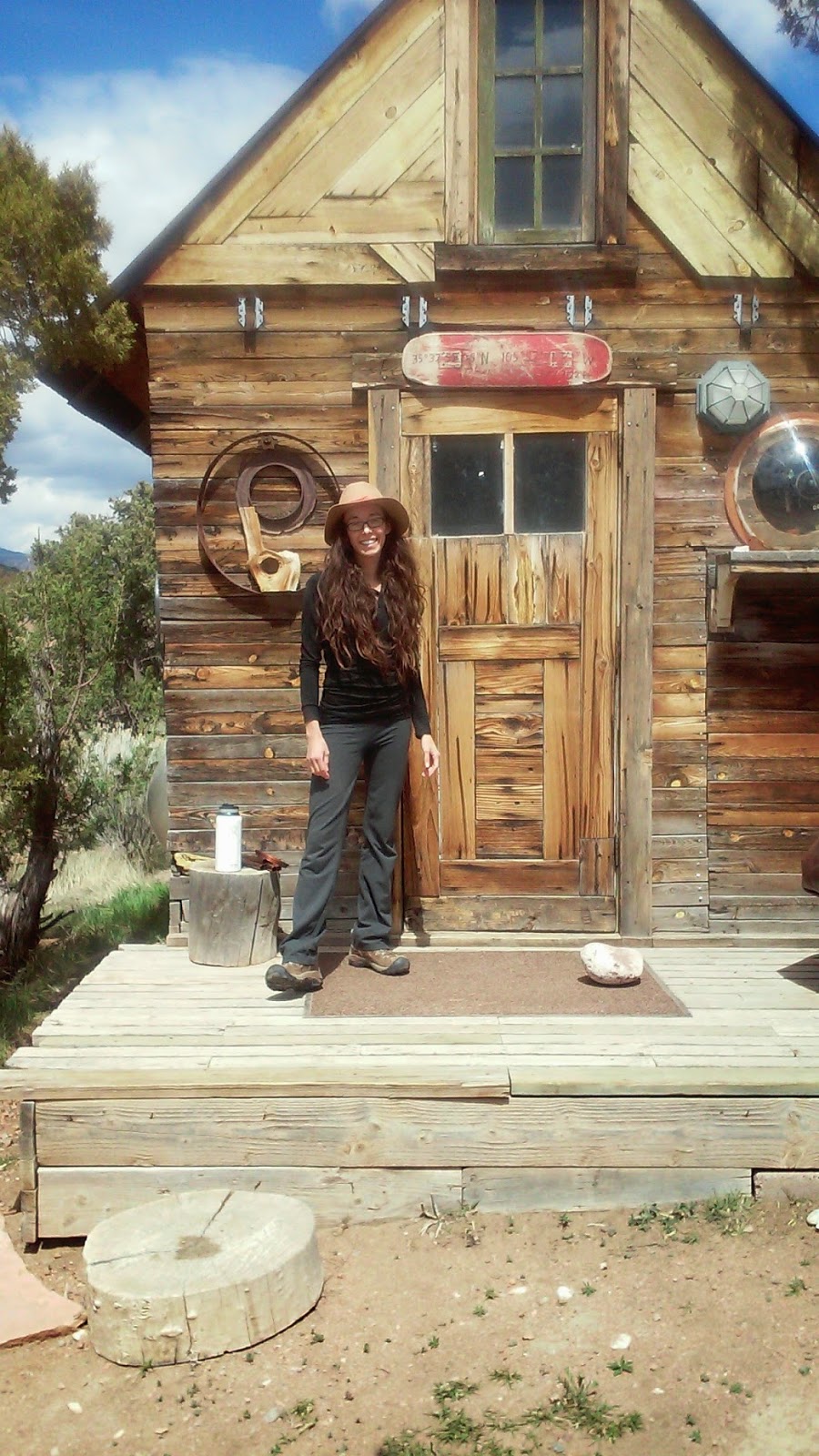