Corina and I rarely hang out one-on-one. She's my eldest daughter and lives next door, the familiarity and ease works because we live such separate lives.   Today she joined me as I walked to the mailbox and as we both had mailings to get out decided to go to Santa Cruz Post Office together.

After we mailed,  I thought I might find a small Norfolk Pine at Lowe's in Española. I once went there with my youngest child and bought a dying pine that grew its spindly self into the family tree, one with a few long branches, a family joke. Our personal Charlie Brown tree had served for ten years. Time for a new one.

I have never gotten the hang of a full-tilt right-on tree.  As a child we had a Chanukah bush which was the Reform Jews caving into the peer pressure of Christianity that is America.  My adult trees for the kids were clumsy and unaesthetic, but I love my children's ornaments and collect hearts and angels.

We found our three foot high tree right away, the  exact small Norfolk pine of yore, for $20.  It will would surely live on in our greenhouse.  Corina had already charmed the check out man who had a shaved head on one side and a poof of curly black hair on the other.  He was smiling, as everyone does to the charming and beautiful Corina who flirts with the world.  He said, "I won't lie to you," one of my favorite phrases because I never thought he would lie, "but someone always steals my spirit. I get it and then someone just steals it."   I said that you get paid to put up with those folks.  He said he gets paid to put up with them but not to have them steal his spirit.  He said he wouldn't lie to us again.  I looked at his name tag as we were leaving the store,  JESUS     I said, "I didn't know who I was dealing with. We'll send extra spirit your way."  He liked that. Corina kept smiling.  We loaded the small pine into my Subaru and indeed felt the spirit of the holiday.  Wild hair style, smiles, small tree and all. 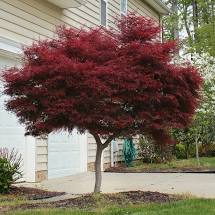 Dear Chavah,
I went up to Taos after missing last year and felt so at home, though I only slightly know a handful of people.   I was asking various folks, Bobbie, Rose, Bonnie, about you and feeling so much the threads of beautiful, accessible Judaism you spun in Taos.  I remember bringing Hope, now a mother of two, with me. I just felt such gratitude to you and close. I though of you with love countless time during the Holidays. I also appreciated the new Rabbi, Judith Ha-Levi and my driver and husband, Michael.
When we got home I had a package.  I order my books that are out of print to keep some stock, and this time I ordered from a new vendor, ABE books.  The package was a copy of Blessed Resistance, and sometimes, since they are second hand books, they are signed copies so I always check. When I opened this books, minutes after coming down from Taos, this is what I saw.       To Myra and Ben,     The parents of my favorite Rebbe on this planet. Carol (Chavah)gave me the title for this collection, & really reconnected me to what I love in Judaism.

I don't know if your parents are living, but I do know this moment was one of awakened holiness, and wanted to tell you this small miracle.I remember how proud of you they were when they got the book, now twenty years ago,  They loved that you were mentioned. My Tashlich poem, written after a day with you for Rosh Hashanah, was printed this year  in the Taos Jewish Community  Newsletter.
So, that's one of the many miracles.  Let me know what you think.  If you want the signed book I am glad to send it. But for now, I send much love.   Joan
I heard back from Rabbi Chavah immediately, and she agreed it rated the miraculous designation.  I mean 20 years, right??This week is the year anniversary of the Tree of Life shooting in Pittsburgh, and I have barely written since my response to that.So this year, the tree of life is glowing outside my window this first snow of the year, red crab apples, cerise apricot leaves, and the glowing gold of valley cottonwoods.
A belated Happy New Year.


Does this work?  Go to Miriam Sagan's blog  listing belo to see the poem
I was prodded to write for 100,000 poets for change.  I am not too active on
Facebook or my blog, but Miriam invited me to this even, which had 20+ poets
and was well curated.  I even had my grand daughter with me.  Not the happiest
of topics but for reals.