This week I have a houseguest, the lovely Kin, daughter of one of my best friend's and one of my daughter Corina's best friends. Got it?  A person who I have known since she was a tyke.  She's here for a visit from Maine, where she got married and bought a house which she has been working on all year. Time for a New Mexico break and her birthday with girlfriends.

Kin and I were talking about her town, and Bowdoin College which is there.  It dawns on me that I might have an old friend who taught there, my college roommate and her husband a professor in environmental studies.  It has been so long since I spoke with them, I barely remember her married name.  In college she was one of the three of us to share a geology professor's house and live off campus, the first class where women were allowed that privilege.  She was the one who introduced me to the cereal "Crunchy granola," a term I had never heard. She was the cheerful and reliable one,  and in 1969 sane might be the word for her.

I found her name,  Jane, in my tattered address book and said, "She lives in Brunswick." 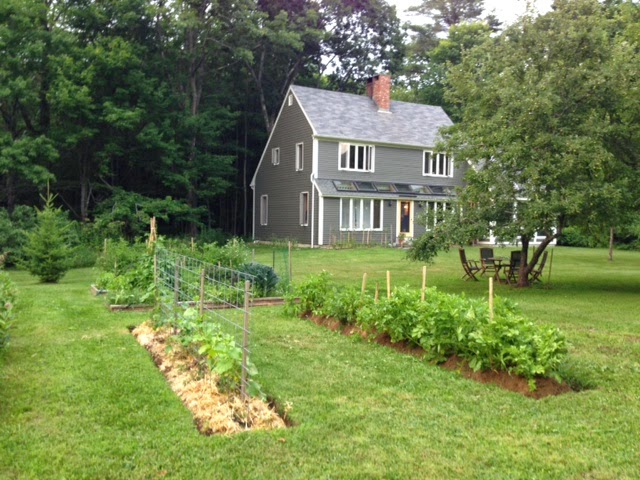 "She lives on Lower Made Up Name Road (protecting her privacy here).

"Joan, I too live on Lower Made up Name Road."  I think that is wild but they probably don't live there anymore, I mean it has been years. I bet they moved away, but the next day I call the number and hear her husband's voice. I leave a message.

A few hours later my old friend's sweet voice is on the phone. She is retired and so is her husband. She indeed lives a few houses away from Kin.  I say Kin has been fixing up the house, painted it, and people in the neighborhood seem to like it.

My friend asks if they painted the house green.  I happen to know that is so. A few days ago, before Kin and I spoke, Jane and Dewitt left a note on the house saying they liked the paint color.  Jane's husband and Kin's husband had already had a conversation about the paint color before we discovered this connection.  We chat, exchange lives and laughters, easy as in 1968 when we lived in Medford, Mass. She has a 99 year old father taking a turn for the worse, and a daughter's wedding in two weeks. She's busy and it's hard, but she is happy for the reconnection.  Corina remembered that the daughter, about to be married used to love saying "silly billy" when she was little.

I get so excited I run to tell Kin.  She had already heard from her husband about some neighbor requesting the paint color. Her husband and Jane's have days ago met while we are out here making the discovery. We are both sort of awe struck about this connection.  Kin is indeed a person I have felt deeply about for years, watched her a lot as a child when she and my son played silently for hours, two quiet blond haired brown eyed children, and then she and Corina became best pals.  I feel that Kin and Jane will meet, they both promise. They could have been neighbors for years and never made this realization, Kin doesn't especially know where I went to college and with whom.

I think Carl Jung would be happy with the color of paint. 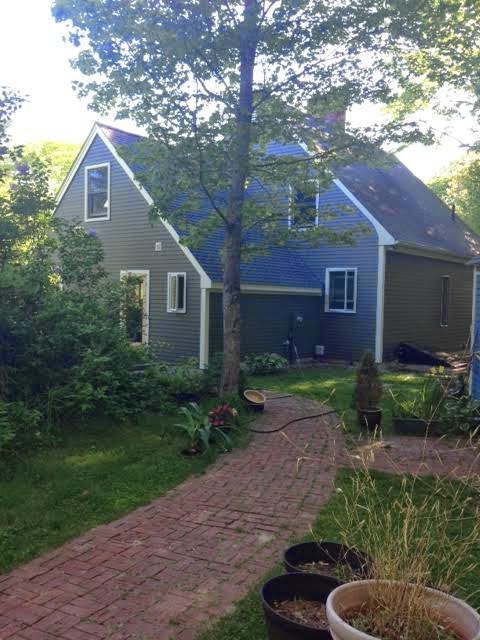