We have had two sets of house guests this week. My friend and boss, Lee Lewin, always asks me about my week and said, "You have a youth hostel out there." This week a mother and daughter from Milwaukee, Mike's home state, and Mike's brother and his wife and a cat-on-a-leash.  The Milwaukee woman is a vegetarian but she comes with frozen veggie pizzas, zukes and potatoes and a pumpkin from her garden so helps me in my vow to stop cooking for everyone. She cooks. Her mother does bring me a nice hostess gift from the Penzy catalogue with a dishtowel that celebrates saving the world by cooking. It goes smoothly and I run out at 8:00 the next morning to teach poetry. 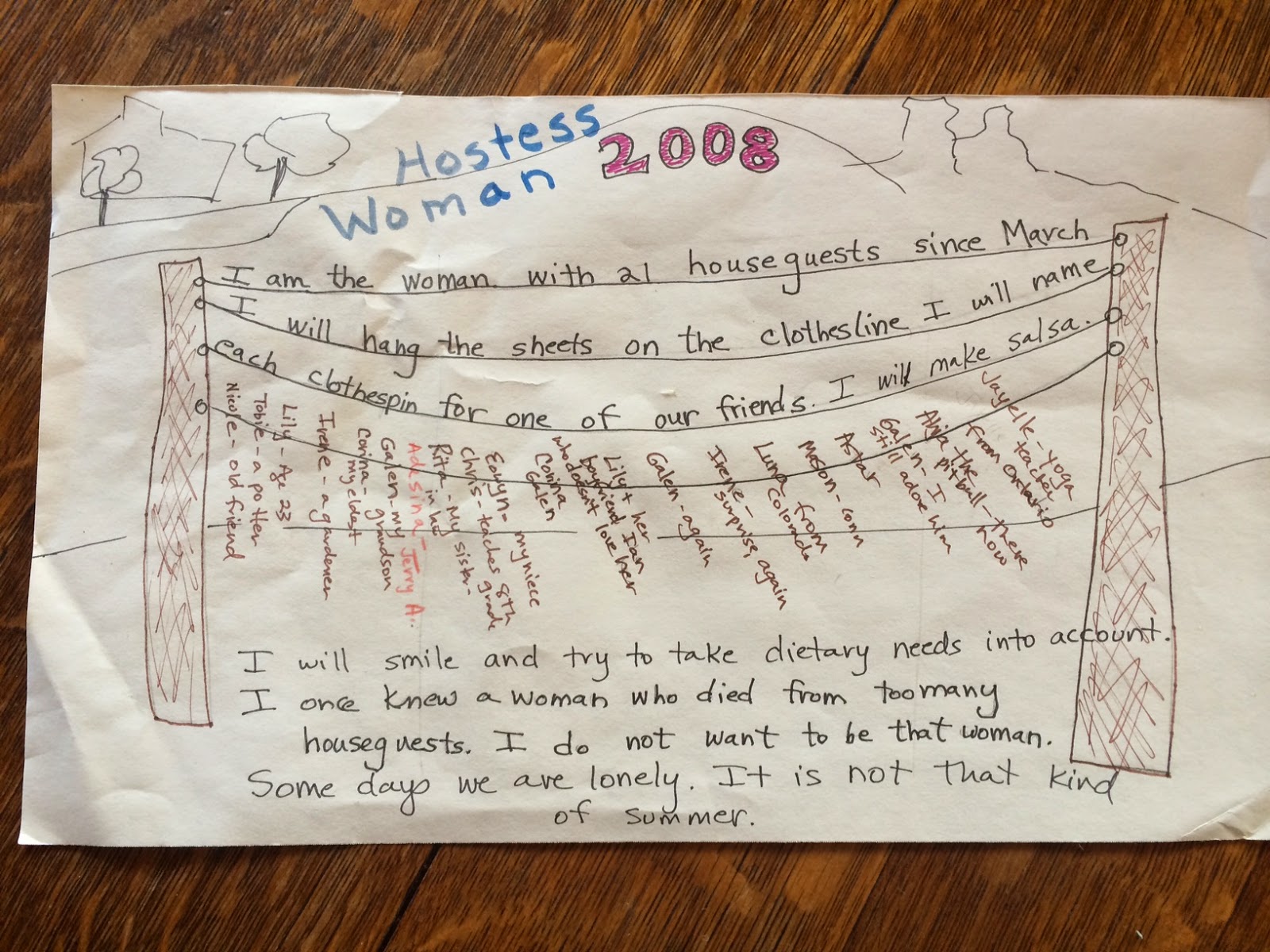 If you come, please bring your special tea, strip the bed when you leave, a hostess gift would be nice, and include me in whatever chocolate events you are scheduling.  You are always welcome here.  After all you could be the Messiah, Buddha, or  the prophet Elijah.  You could be Quan Yin and have compassion for us all.
at 10:38 AM No comments: